Before social media took over the world, movies used to be the number one fashion trendsetter in the world. If you had the latest heartthrob actor sporting a new style of sunglasses you knew it would likely become iconic sunglasses for decades to come. We compiled a list of the top ten sunglasses and the actors and movies that made these sunglasses famous.

There’s no particular order to the list, whichever way you read it they all belong on the list, and the chances are you own at least one pair of a style listed here.

Audrey Hepburn played the Iconic character Holly Golightly in the on-screen adaptation of Truman Capote's novella Breakfast at Tiffany’s and with it set the trend for now famous ‘Manhattan’ Style Sunglasses designed by Oliver Goldsmith. Audrey chose the sunglasses herself and later worked directly with OG to design more models.

If you haven’t seen the film yet there’s an undeniable gap in your education; we would recommend you rectify this as soon as possible. 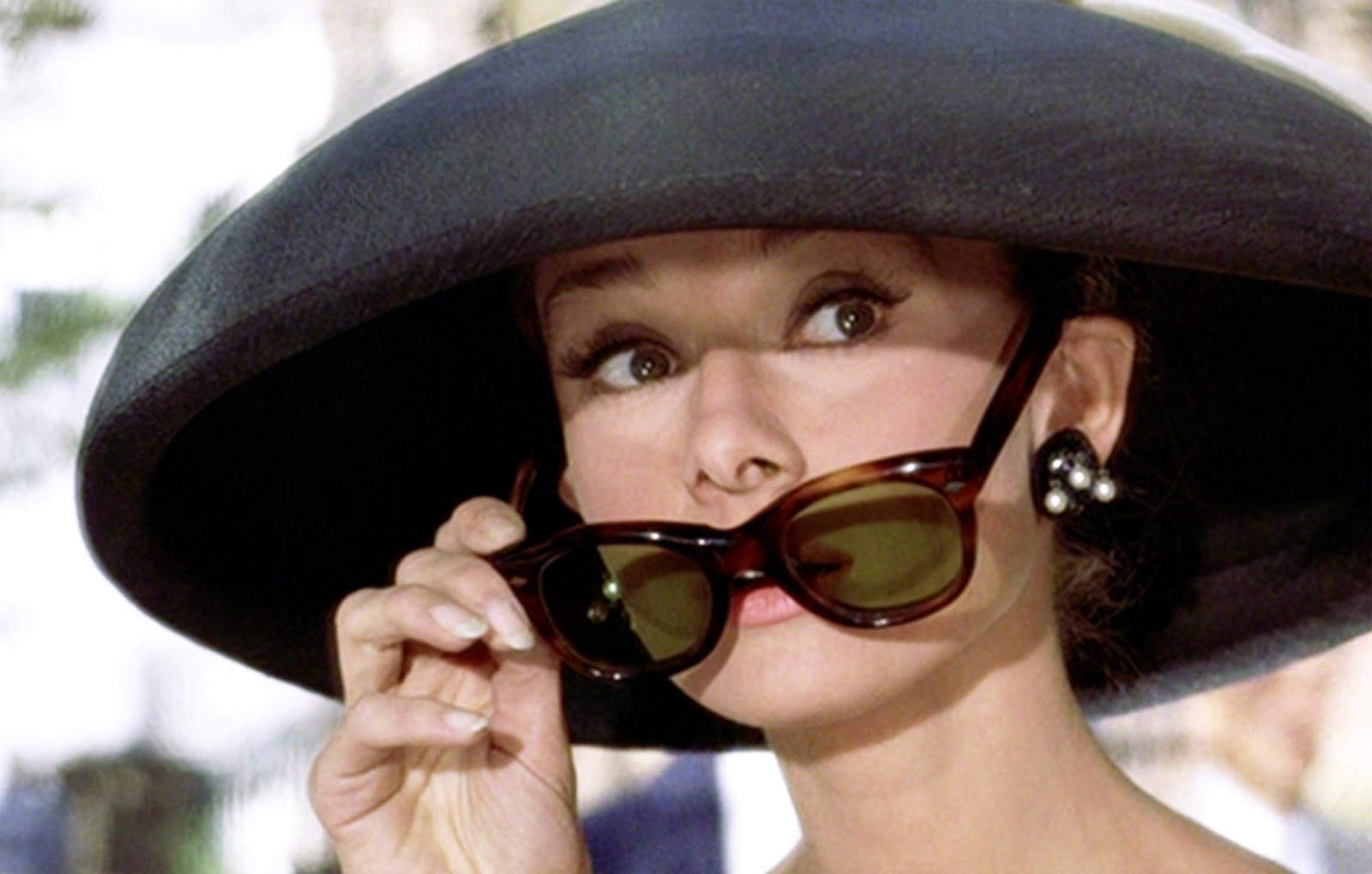 In the famous Alfred Hitchcock thriller, North by Northwest Cary Grant wears a pair of thick tortoiseshell type sunglasses alongside his immaculate wardrobe of finely tailored suits. The style is now commonly referred to as Arnell Sunglasses, and it’s easy to see why this remains a favorite style of many today. 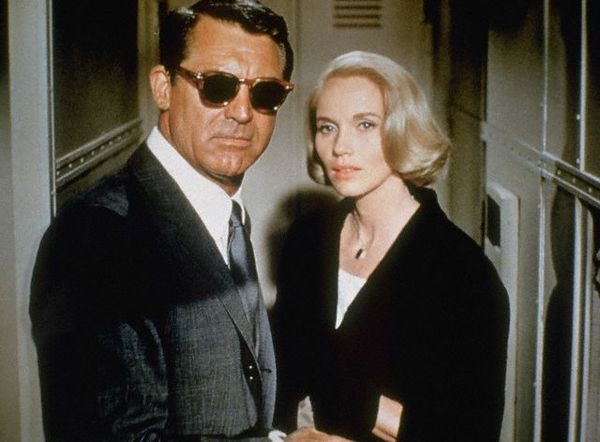 Probably the oldest style to remain relevant today - The White Rimmed Cat-Eye Sunglasses made an iconic appearance in yet another Hitchcock classic To Catch A Thief. Grace Kelly plays a wealthy American tourist Frances Stevens, dressed in classic bathing suits, adorable wide-brimmed sunhats and the now famous white-framed cat-eye sunglasses. This was another design done by Oliver Goldsmith, and as mentioned remains one of the most popular styles to date. 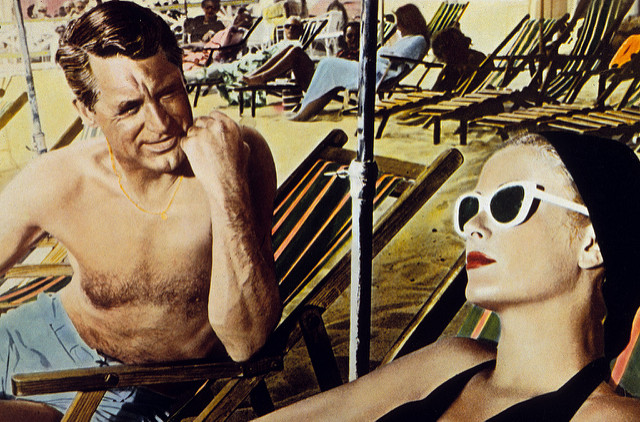 Round Sunglasses were famous from the get-go with icons like John Lennon and Diana Ross setting the trend. But, it’s the excellent role Jean Reno played in Luc Besson’s Léon (The Professional) that makes it to the top of our list. Who can forget that classic scene where Jean Reno heads out to make a “hit”, turns around to look back at Mathilda (played by a young Natalie Portman) and puts on those classic round glasses? The round shape remains one of the most popular sunglasses for both men and women today.

The pair Reno wore in the film was handmade by Jean Paul Gaultier, but there are many similar styles available on the market today. 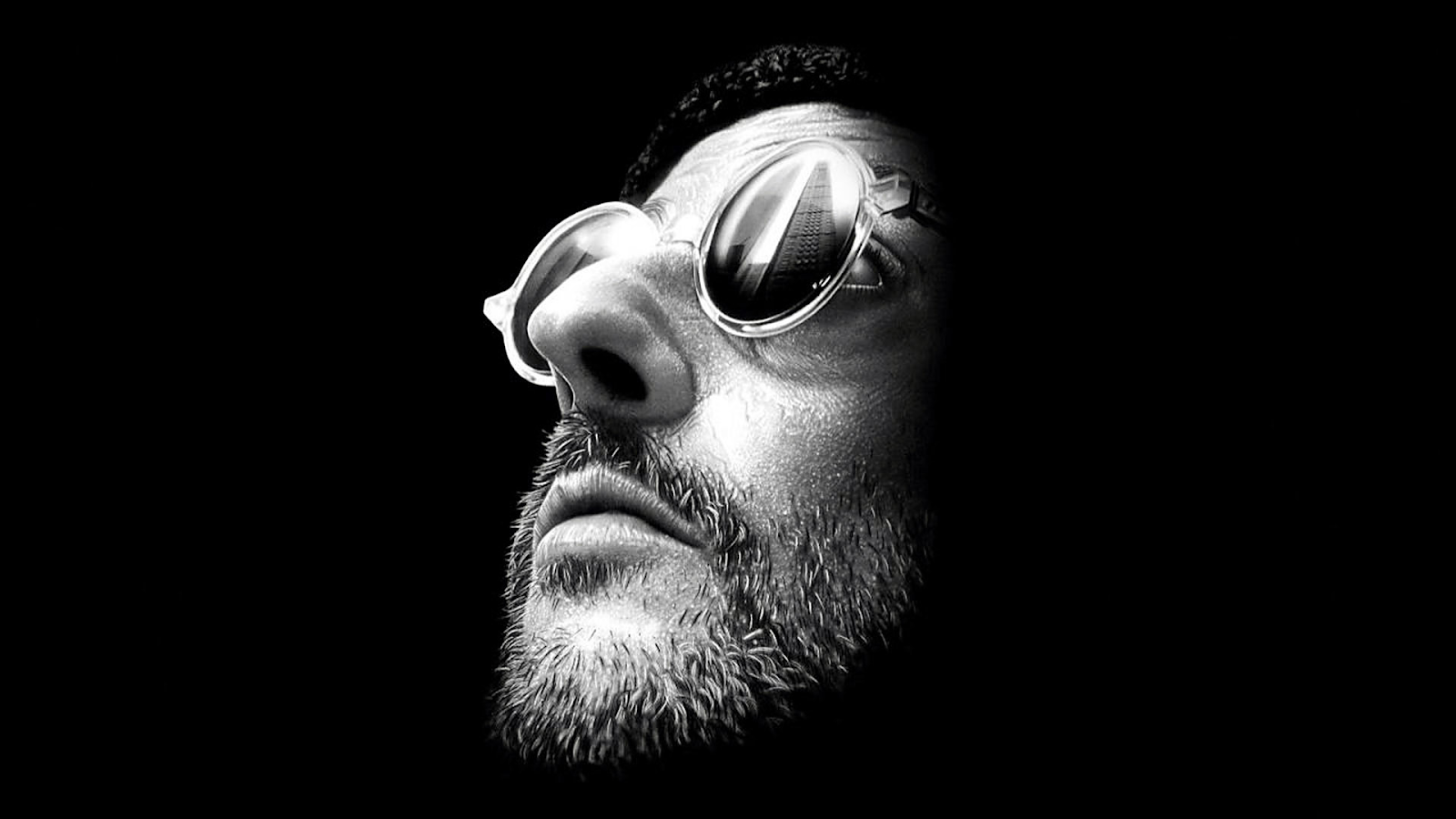 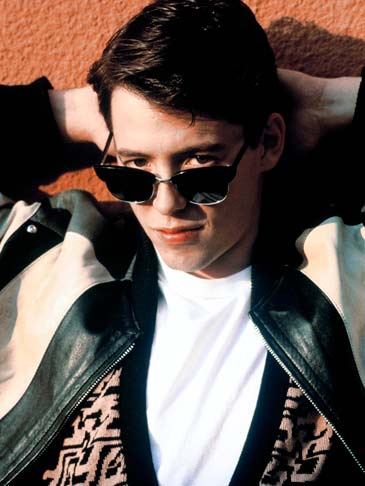 Who can forget the happy go lucky character Ferris Bueller, played by Matthew Broderick? The rebellious teen who skips school steals his best friends fathers car and causes all sorts of havoc in Chicago.
Ray-Ban introduced their Clubmaster Sunglasses in the 1980s, but it wasn’t until Broderick hit the screens when the style really took off. Broderick is seen wearing a pair of the classic black and titanium colour options.

No iconic sunglass list would be complete without Tom Cruise on it. There’s no real introduction required here; Top Gun paved the way for Aviator Sunglasses forever, we can only hope that Tom signed some form of an endorsement deal.

Contrary to popular belief the sunglasses worn in the film wasn't produced by Ray-Ban, but rather by Randolph Handcrafted American Eyewear. The originals are still produced Stateside today, and diligently worn by pilots young and old. 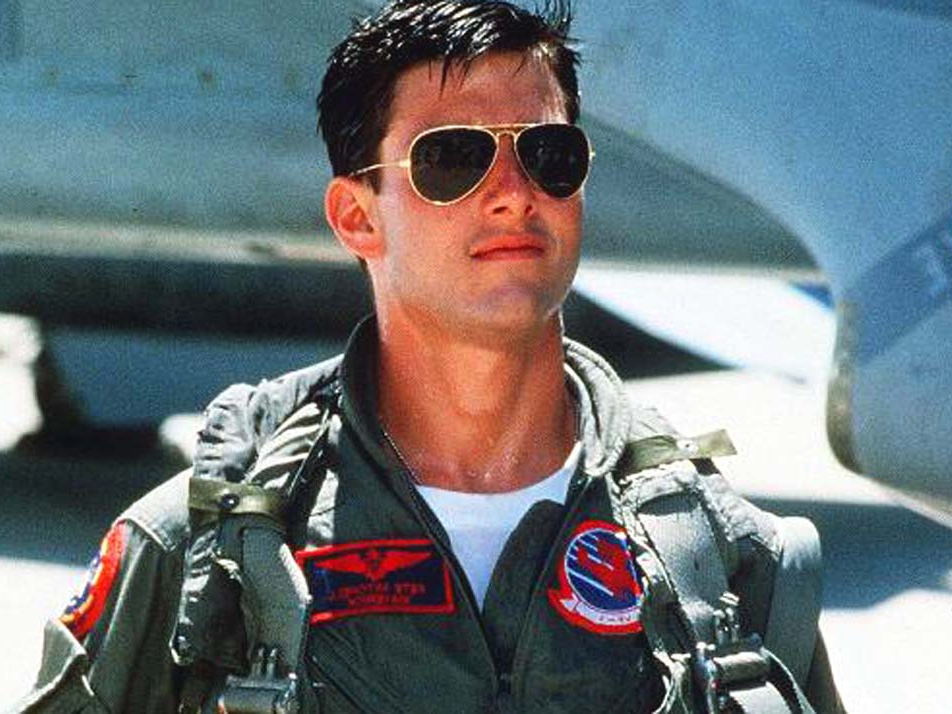 The plot isn’t too different from that of Ferris Bueller’s Day Off - A suburban Chicago teenager's parents leave on vacation, and he cuts loose. An unauthorised trip in his father's Porsche and a sudden need for cash results in some creative thinking. There have been many celebrities who wore the Wayfarer Sunglasses, including Audrey Hepburn, but nobody as iconic as Tom Cruise in Risky Business. The Wayfarer Sunglasses from Ray Ban are arguably the most commonly worn sunglasses today. 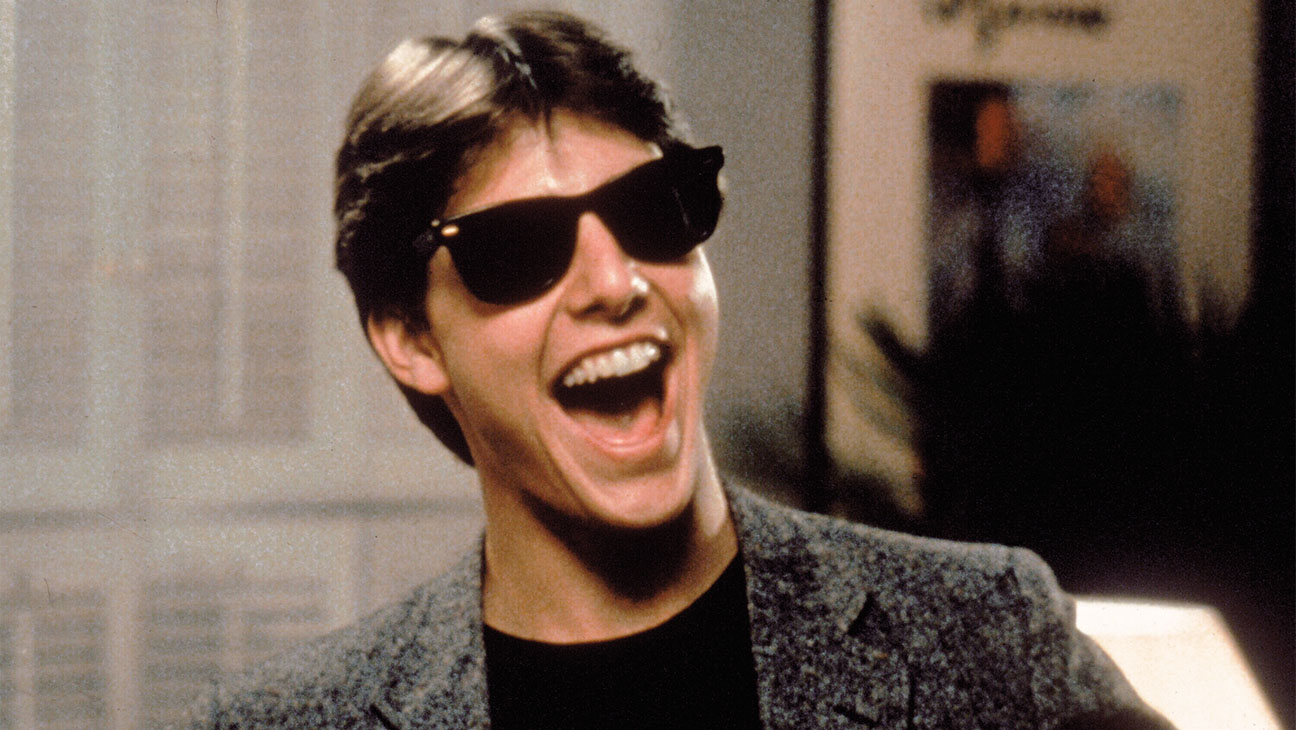 There was a time when Robert De Niro was the go-to actor for any role that involved a critical character in the form of an unstable Vietnam war veteran.
However, couple that with Martin Scorsese in the Director’s seat and you get what is often referred to as one of the best films ever made. In this classic De Niro plays a vigilante taxi driver in New York, where the sleazy nature of the city feeds his need for violence.
The Caravan Style Sunglasses are another proudly American design by Randolph.

Although this is a relatively new addition to the iconic sunglass list, Blow is set in the 1970s, chronicling the real-life story of infamous drug smuggler George Jung. In Johnny Depp’s portrayal of the figure, the 1970s is evoked mainly through Jung’s wardrobe, thick lapelled jackets and shirts, and a somewhat modern looking pair of sunglasses that get their inspiration from the classic aviators, featuring a Triple Nose Bar and a Large Squared-off Style Frame.

This frame is the only one our list that was solely produced for a movie and isn’t readily available in stores today, mainly due to the fact that the movie was produced in the 2001 and set in the 70’s. 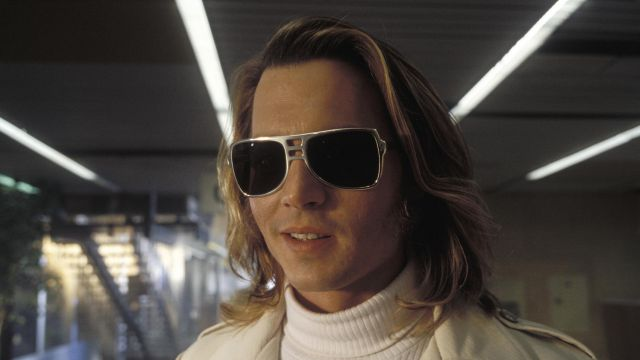 Didn’t think we’d leave this one out did you? The 1991 film Thelma & Louise took Susan Sarandon and Geena Davis on an iconic road trip on the run from the law. Coincidentally Brad Pitt made his famous film debut as an extra in this movie! Susan as Thelma wears a pair of Ray-Ban Cat Eye Sunglasses in brown. Paired with flying 60’s style scarves no list would be complete without it.

This pair was also handmade for the movie but replicated shortly after that by Von Zipper's “Zed,” as an exact replica. 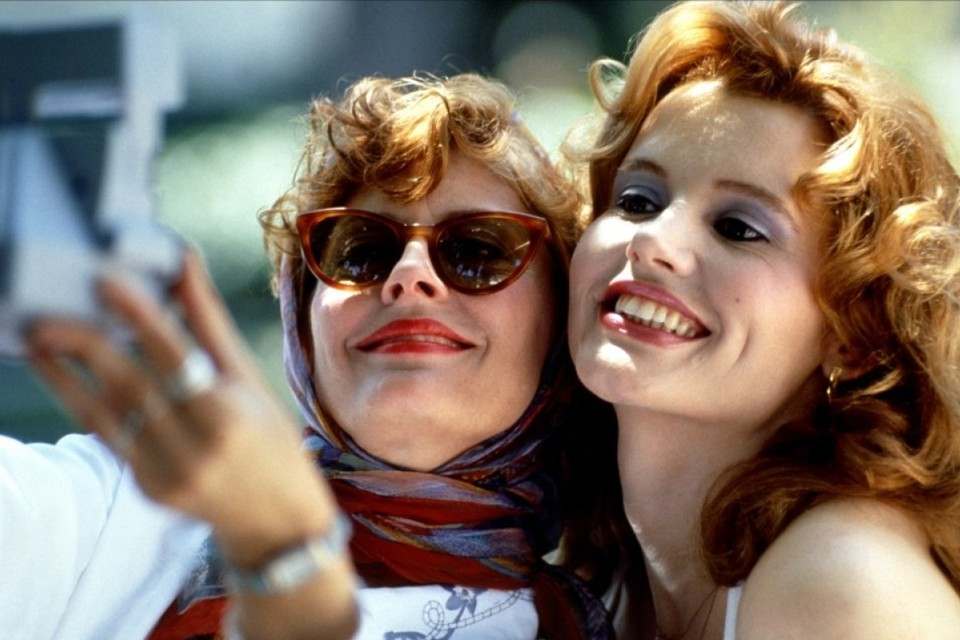 For as long as we can remember actors have done their best to look cool in front of cameras, and to do this they’ve worn sunglasses. Probably one of the most versatile props used in film sunglasses can add style and they can add menace. And even though social media’s taken over the world, characters in movies can change fashion trends for decades to come.

Which of these iconic sunglasses have you owned, or do you sell? Do you find more demand for famous styles in stores, or are people starting to go for different, less usual, styles these days?

Enjoyed this blog? Then you're going to love these: 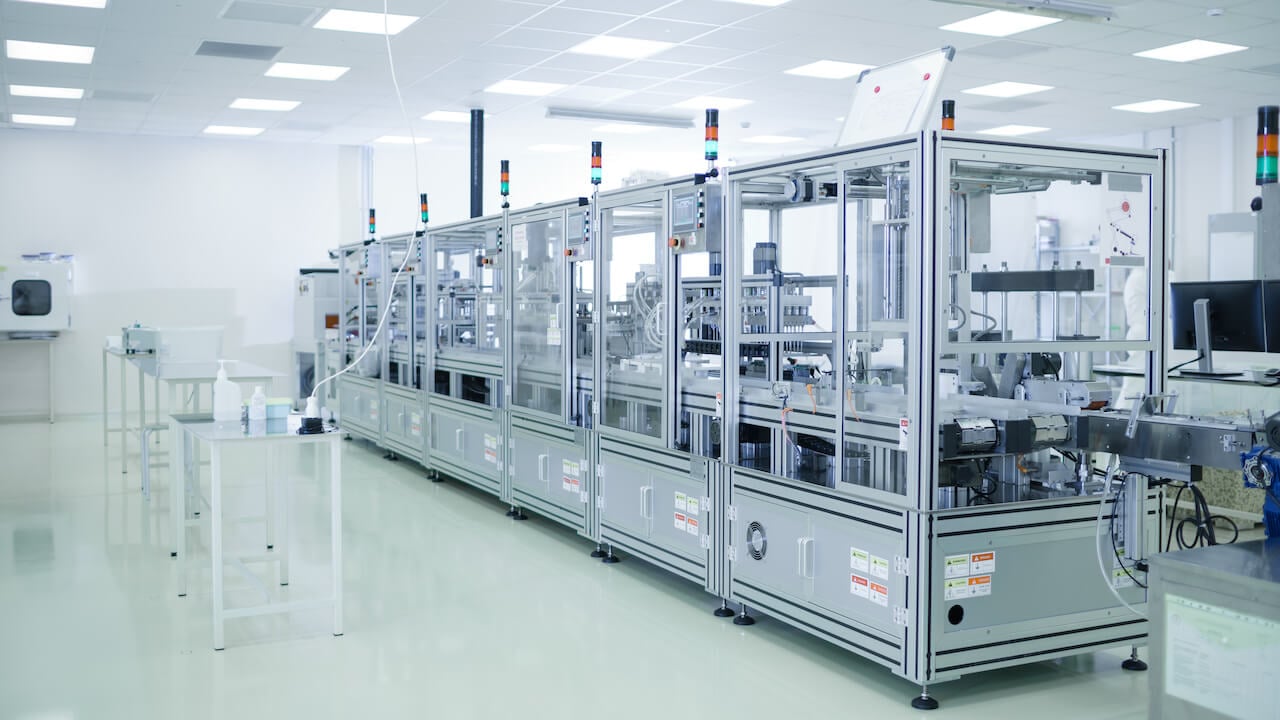